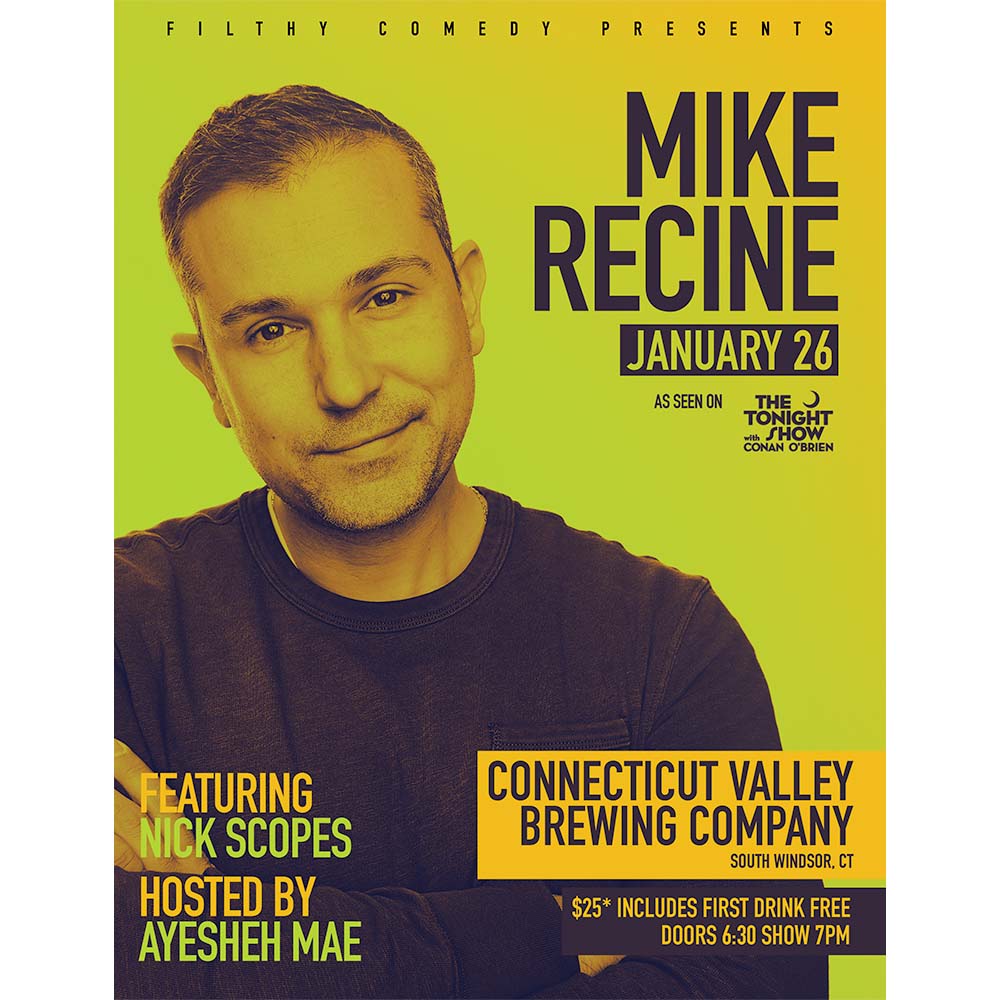 Join us for a hilarious night of comedy at Connecticut Valley Brewing Company on January 26. The show begins at 7PM.

This is a 21 years or older exclusive event. Each ticket includes a 16oz draft of choice. All tickets are non-refundable.

Filthy Comedy is a comedy show produced and hosted by Ayesheh Mae. Filthy Comedy showcases young aspiring comics from all across New England. Ayesheh has been doing comedy for over the last three years including improv and stand-up.